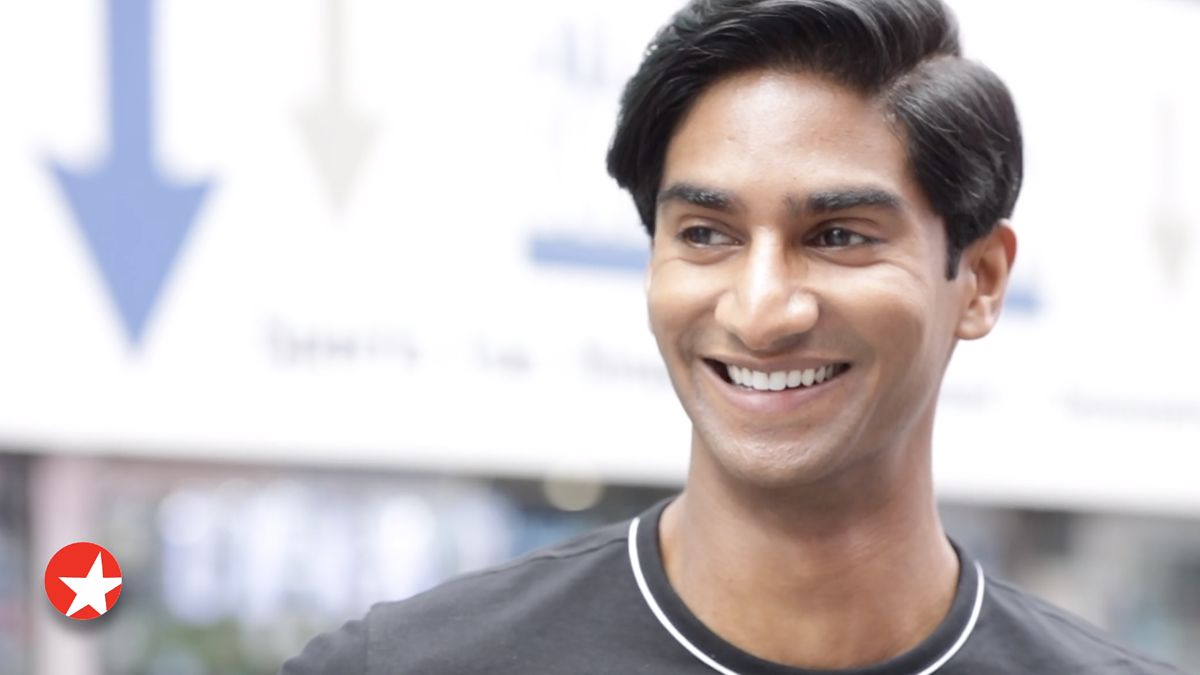 Credits: Maliakel, who said he never allowed himself to dream of being on Broadway, first appeared on stage in the 2017 world premiere musical adaptation of Monsoon Wedding as Hemant. He also appeared in the national touring production of The Phantom of the Opera in the ensemble and served as an understudy to Raoul. In 2020, Maliakel led the world premiere of Other World, a new musical about two friends getting stuck inside their favorite video game.

“I grew up in central New Jersey. My parents both emigrated from India and my brothers and I were born here. My first love was music—I consider myself a musician at heart. Choral and vocal chamber music and piano and theater came into my life a little bit later in high school. I was Skye Masterson in Guys and Dolls. It was the first time that I really could see myself doing [theater] in the future. I ended up going to college initially just for a liberal arts degree and then transferred into an opera program. I studied classical voice and then shimmied my way into the theater world.”

“I get asked a lot, ‘Was this your dream growing up?’ The honest answer is no. It wasn’t a dream that I allowed myself to have. It’s hard to dream something that you can’t see, especially as a young kid when you don’t have something in front of you to light that path. It wasn’t my lifelong dream as much as I think I would’ve wanted it to be. My hope is that being on stage at the New Amsterdam is that young kids will show up and have the fuel to dream big and know that these opportunities are there for them and that they deserve to take up these spaces.”

“It feels surreal for so many reasons. Not the least of which is my Broadway debut and on top of that being a part of Broadway coming back to New York. Then there’s the added layer of being, along with my co-star Shoba [Narayan], a representative of the South Asian community in the theater world. Everything about it is incredible. In so many ways, this role and this opportunity feel a lot bigger than me. It’s a responsibility. We’re at this moment in this business where we’re reevaluating what stories deserve to be told and who has the agency to tell those stories. It’s a really special moment and I’m so excited and grateful to Disney for leading that charge in so many ways. I feel very special to be a part of it.”

“The prospect of having to wear that teeny little vest in front of 2000 people every night is enough to motivate you to cut the Fritos and the Twix bars. I think the physical demands of staying present and uninjured through an eight-show week, especially one is physical and busy as Aladdin, is enough. That’s the goal. If in the process I may manage to pack on a few muscles, then great.”

Watch the interview below, and head here to check your local listings for The Broadway Show. Hosted by Emmy-winning anchor Tamsen Fadal and powered by Broadway.com, it is the only nationally syndicated weekly theater news program.