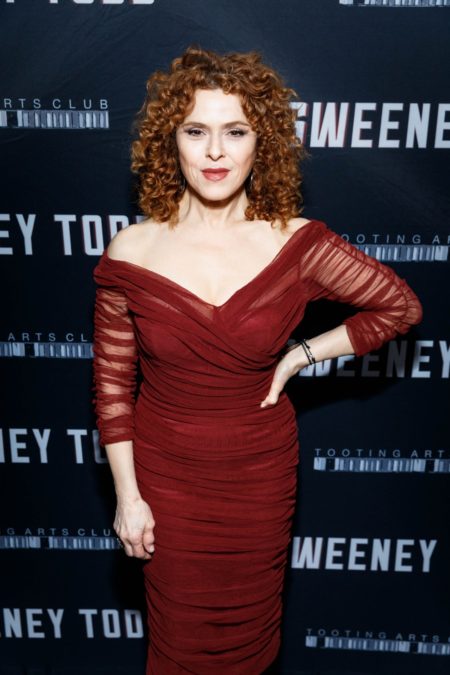 Back Where She Belongs! Bernadette Peters Will Return to Broadway in Hello, Dolly!

Hello, Bernadette! Stage icon Bernadette Peters will return to Broadway in the Tony-winning revival of Hello, Dolly! The Tony-winning legend will take on the title role of Mrs. Dolly Gallagher Levi, replacing 2017 Tony winner Bette Midler, on January 20, 2018 at the Shubert Theatre. As previously announced, Midler will play her final performance on January 14.

Although the production has not confirmed, The New York Times has also reported that four-time Tony nominee Victor Garber (Sweeney Todd, Noises Off, Lend Me a Tenor) will join Peters on the same date in the role of Horace Vandergelder, currently played by David Hyde Pierce.

In a statement, Ms. Peters said, “I’m absolutely thrilled to continue in the tradition of the incomparable Bette Midler, Carol Channing and all of the other wonderful actresses who have played Dolly Levi, and I look forward to joining this wonderful company at the Shubert.”

“I cannot imagine leaving Dolly Levi in better hands than those of Bernadette Peters,” Midler added. “She has created more historic roles in more legendary musicals than any living Broadway star, and most of the dead ones, too. I cannot wait to see her in the show from my very expensive premium seat in Row G which I know I will have to pay for.”

Peters, who makes her return to Broadway following an acclaimed performance in the 2011 revival of Follies, has won Tony Awards for her performances in Annie Get Your Gun and Song and Dance. Her extensive list of Broadway credits also includes Gypsy, Into the Woods, Sunday in the Park with George, A Little Night Music, The Goodbye Girl and Mack and Mabel. Peters won the Tonys’ Isabelle Stevenson Award in 2012 for her humanitarian work spearheading the animal-rescue organization Broadway Barks.

Peters joins a cast that also includes 2017 Tony winner Gavin Creel as Cornelius Hackl, Kate Baldwin as Irene Molloy, Beanie Feldstein as Minnie Fay, Will Burton as Ambrose Kemper, Melanie Moore as Ermengarde and Jennifer Simard as Ernestina Money. Taylor Trensch will exit the company as Barnaby Tucker at a date to be announced to lead the cast of Dear Evan Hansen; a Hello, Dolly! replacement for Trensch will be announced.

Peters will celebrate an opening night in the production on February 22, 2018.