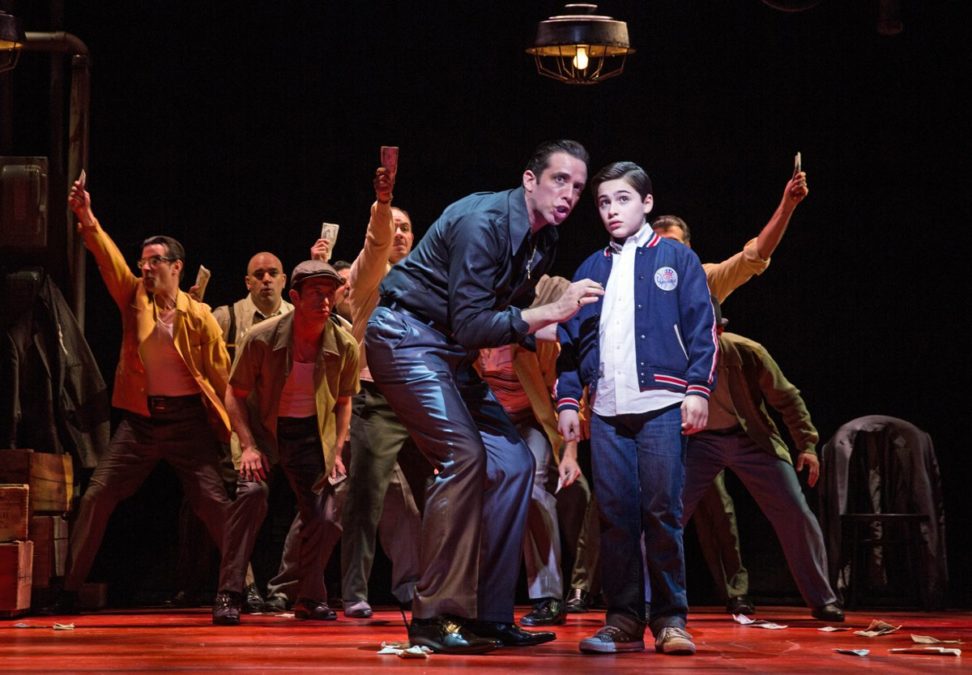 A Bronx Tale Will Land on Broadway

We told you that a Broadway transfer of this show to the Longacre Theatre was likely! A Bronx Tale: The Musical, which bowed at Paper Mill Playhouse last year, is heading to the Great White Way. Co-directed by two-time Oscar winner Robert De Niro and four-time Tony winner Jerry Zaks, the production will begin previews on November 3 and officially open on December 1 at the Longacre.

No word yet on casting, but Broadway faves Richard H. Blake, Jason Gotay and Nick Cordero headlined the limited engagement at the New Jersey venue.

Featuring a book by Chazz Palminteri, music by Alan Menken (Aladdin) and lyrics by Glenn Slater (Aladdin, School of Rock), A Bronx Tale is inspired by the real life story of Palminteri. The streetwise musical will take you to the stoops of the Bronx in the 1960s—where a young man is caught between the father he loves and the mob boss he’d love to be. Featuring a doo-wop score, A Bronx Tale is a story about respect, loyalty, love, and above all else: family.

A one-man play, written and performed by Palminteri, premiered in Los Angeles in 1990 and soon moved to off-Broadway. Following a 1993 film adaptation headlined and helmed by De Niro and penned by and co-starring Palminteri, the play ran on Broadway in 2007.

Check out Broadway.com’s interview with De Niro and the Paper Mill company below.