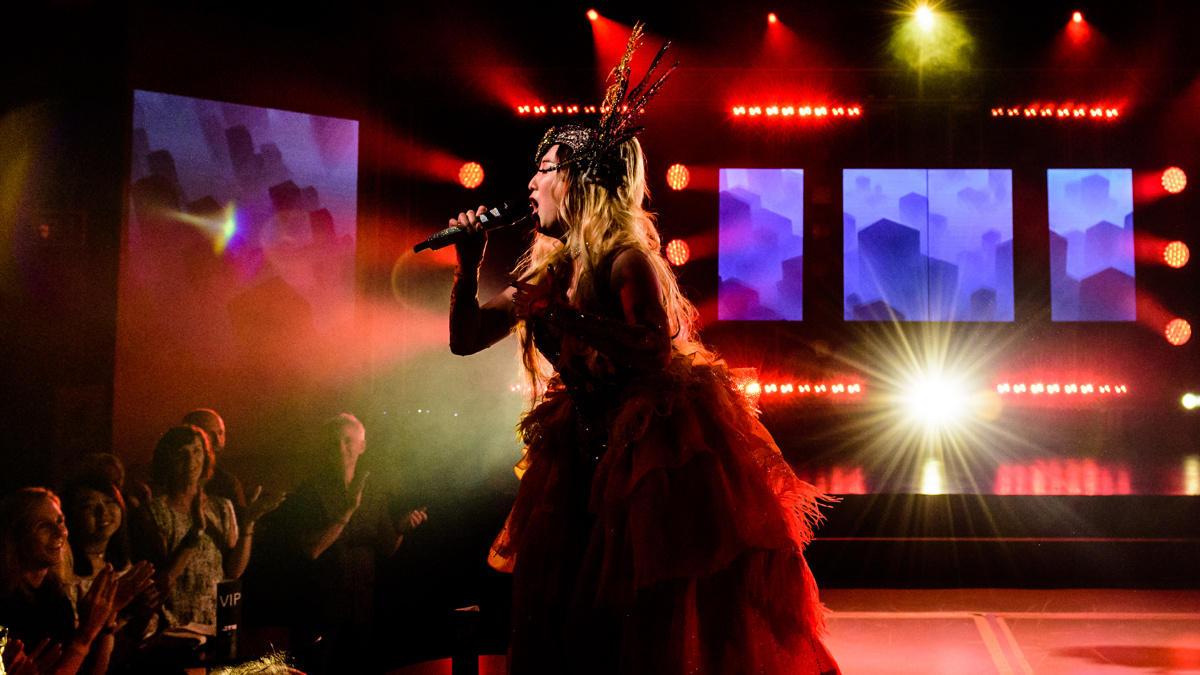 Washington D.C.’s Signature Theatre has announced the lineup for its upcoming 2021-2022 season.

Signature will present the pre-Broadway engagement of KPOP, The Broadway Musical at The Anthem in late December 2021, with exact dates to come. Featuring a book by Jason Kim, music, lyrics, music production and arrangements by Helen Park and music and lyrics by Max Vernon, KPOP is an immersive musical that weaves together dance, music and intimate storytelling, taking theatergoers on a backstage tour of a Korean pop music factory. Teddy Bergman will direct the production, with choreography by Jennifer Weber. KPOP earned three Lucille Lortel Awards for its world premiere off-Broadway in 2018, including Outstanding Musical. As previously announced, KPOP is aiming for a Broadway run.

The season will begin in November with a reimagined new production of Jonathan Larson’s Rent, directed by Signature Theatre Artistic Director Matthew Gardiner. The musical will reopen the MAX Theatre and run from November 2 through January 2, 2022. The new staging features choreography by James Alsop and music direction by Mark G. Meadows. “In this special season when we celebrate Rent‘s 25th anniversary and the reopening of theaters across the country, we are thrilled and honored that D.C. audiences will have the opportunity to experience not one but two productions of Rent,” said Julie Larson, sister of the late Jonathan Larson. “One is the classic production that has inspired audiences for a quarter century [playing at The National Theatre in March 2022], and the other here is an exciting new production seen through a 2021 lens. What an incredible way to celebrate Jonathan’s groundbreaking show and continue to honor his legacy.”

The D.C. premiere of Daphne’s Dive by Pulitzer Prize winner Quira Alegría Hudes will run at The ARK Theatre from February 1 through March 20, 2022. Directed by Paige Hernandez, the new play follows a north Philadelphia bar as it becomes home for a disparate band of society’s outsiders. Over the course of nearly twenty years, they drink, dance, rejoice and grieve together in a captivating weave of interconnection.

Gardiner will direct a new staging of the Tony-nominated She Loves Me from March 1 through April 24, 2022. Kelly Crandall d’Amboise will choreograph with Jon Kalbfleisch providing music direction.

The world premiere production of The Upstairs Department, a new play by Chelsea Marcantel, will run from April 26 through June 12, 2022. Holly Twyford directs the play that follows a young man who wakes up with the power to communicate with the dead (or so he believes). Desperate for guidance and to connect with their late father, he and his skeptic sister set out to test his paranormal talent at the Lily Dale Spiritualist community where their discoveries summon more than the afterlife.

Lauren M. Gunderson’s We Won’t Sleep will have its world premiere from May 31 through July 3, 2022. The new musical is based on the true story of a proud Montanan who became the first congresswoman in United States history and features music and lyrics by Ari Afsar.  After a life of public service and suffrage activism, Jeannette Rankin shocks the world when she is elected to Congress in 1916, four years before white women got the right to vote. Through invigorating pop music, We Won’t Sleep theatrically disrupts then and now in an exuberant and inspiring experience that explores the dream of an equal vote for all Americans.  The show will be directed by Erin Ortman and feature choreography by Yusha-Marie Sorzano.

Timothy Douglas directs The Color Purple from August 16 through October 9, 2022 to close out the season. Felicia Curry will star as Celie in the production that features choreography by Dane Figueroa Edidi and music direction by Meadows.

Casting for all productions to be announced.