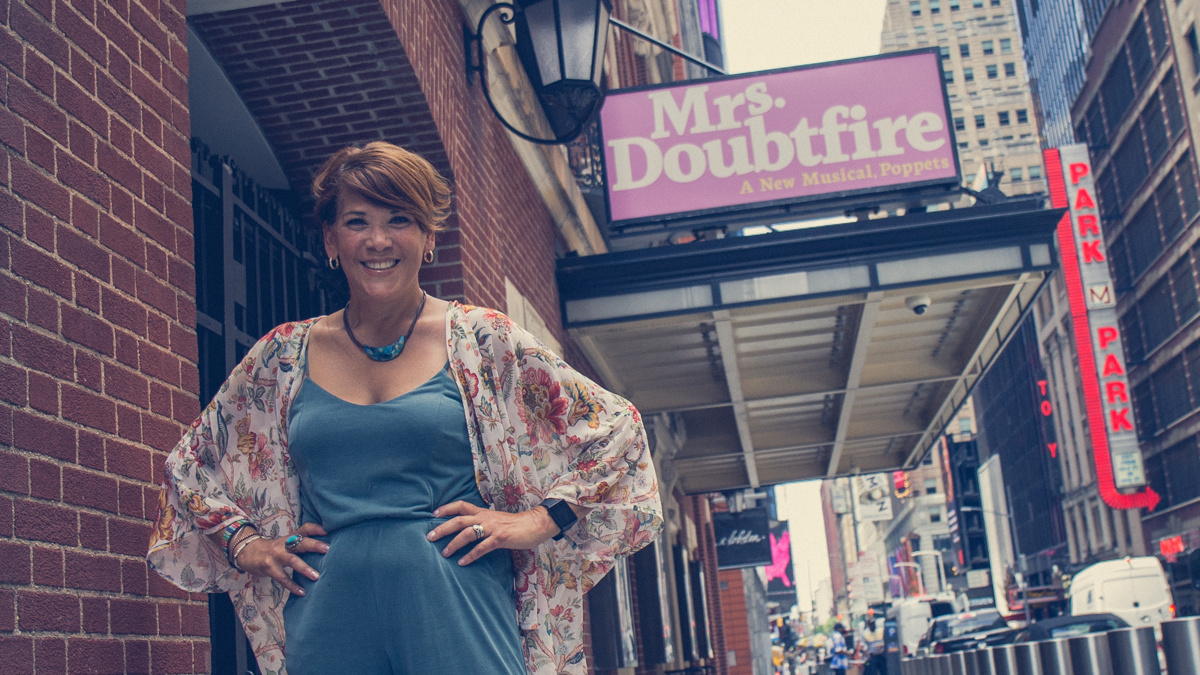 Living near the theater district during the Broadway shutdown, photographer and performer Matthew Stocke has been haunted walking past the empty theater palaces sitting in repose, waiting for the lights and stars to return. In this new Broadway.com photo feature, he reunites members of the theater community with their Broadway home Away From Home. 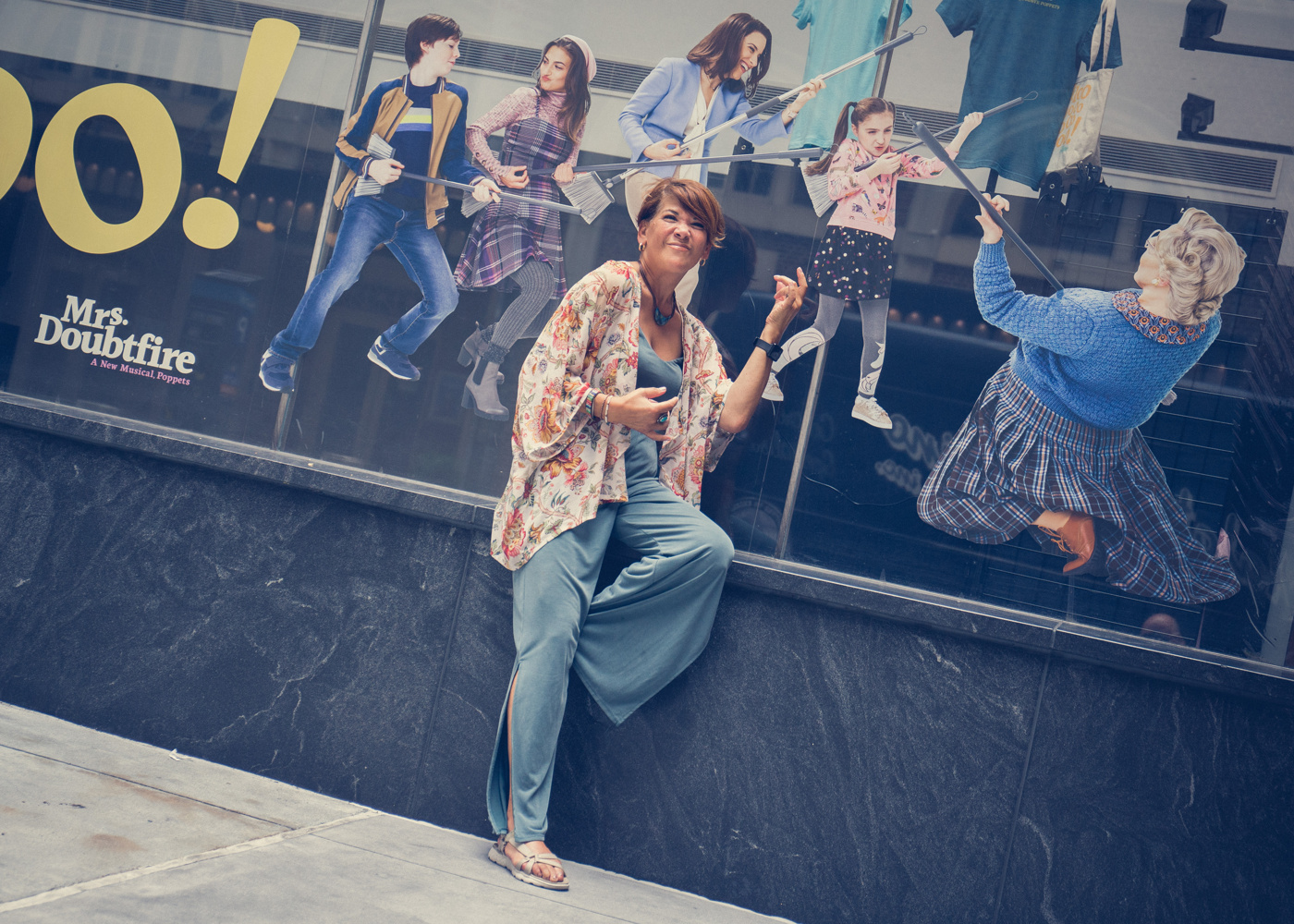 Growing up in the Bronx, Doreen Montalvo would lock herself in her bedroom and sing through cast albums at the top of her lungs, with Rita Moreno and Chita Rivera as her idols. Her family may not have had the money to send her to dance, voice or acting classes, so she focused on broadcast journalism. But her love of theater persisted, and she found herself on Broadway in the original casts of In the Heights and On Your Feet! and on the big screen in the upcoming films of West Side Story and In the Heights. At the time that Broadway was shut down due to the ongoing COVID-19 pandemic, she was three preview performances into the run of Mrs. Doubtfire, in which she plays TV exec Janet Lundy. Here, she talks about how she’s been spending her time in quarantine, what she misses the most about Doubtfire and why she’s just as excited about the In the Heights film as you are.

“My husband and I recently celebrated our tenth anniversary. After being on the road for the majority of 2019, we couldn’t wait for Mrs. Doubtfire to start so I could be home. Be careful what you wish for—now I’m home 24/7. Theater didn’t come into my life until I was in college. I was a broadcast journalism major and ready to become the Latina Barbara Walters. I loved it, but there was something missing in my soul. My first Broadway show changed my life, and actually changed a lot of people’s lives. Lin-Manuel Miranda says I was the first person that walked into the audition for the first reading of In the Heights. Getting to sit at a table read for the movie of the show that I spent nine years of my life working on was the fullest of full circles. When it gets released next year, it’s going to be huge, beautiful and necessary… Doubtfire was a surprise. I thought, ‘There’s nothing in there for me,’ but my agent said they wanted a person of color for the role of the TV executive—I loved Robert Prosky in the role in the movie. I was curious about how it’d work with a woman in the part, and it’s brilliant and wonderful. I can’t wait for the world to see it. I miss being in a theater: the sights, the smells, the sounds, the energy. I’m looking forward to just seeing my castmates and being able to hug anyone who wants. I’ll slather myself in hand sanitizer if I have to. I’m a hugger!” 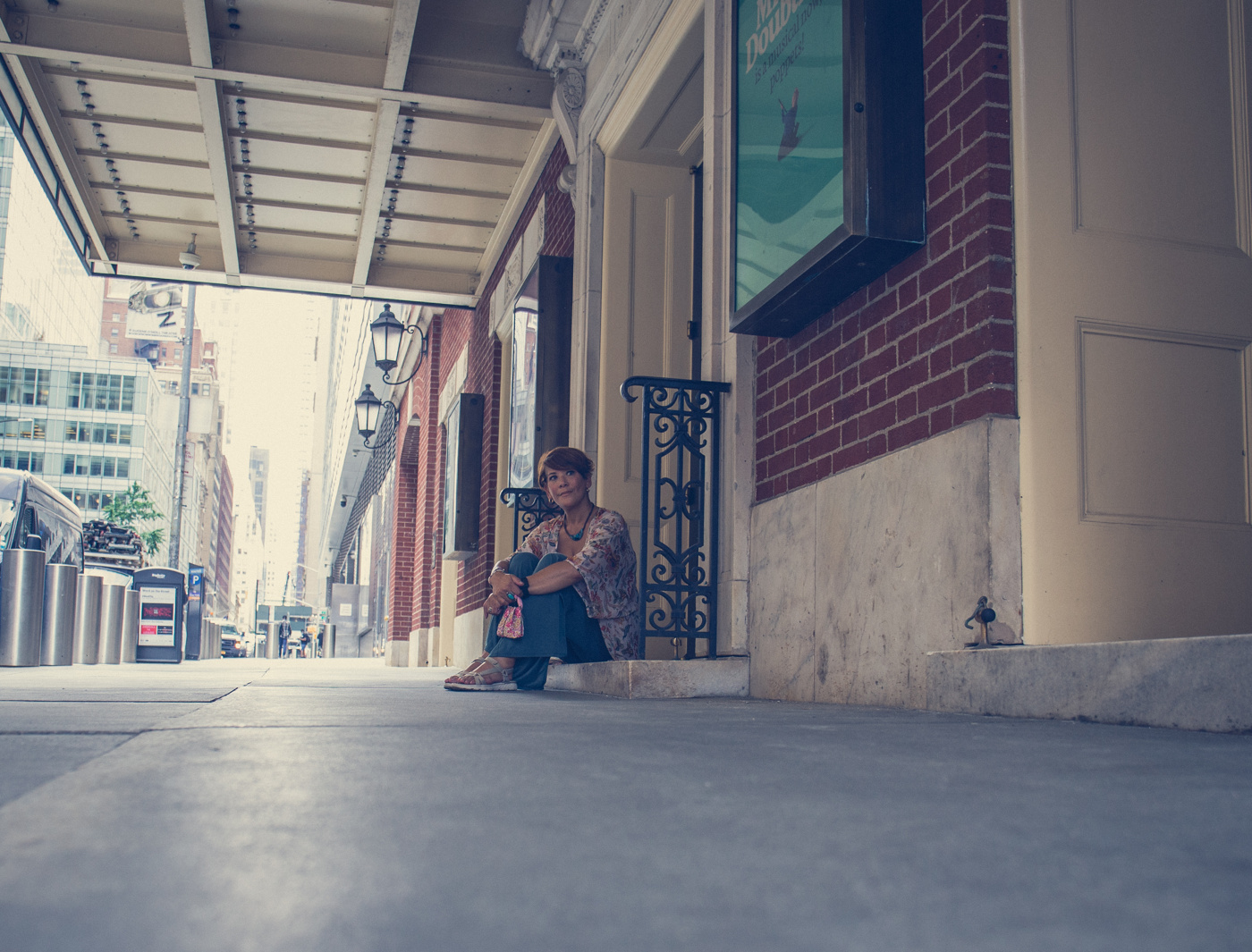