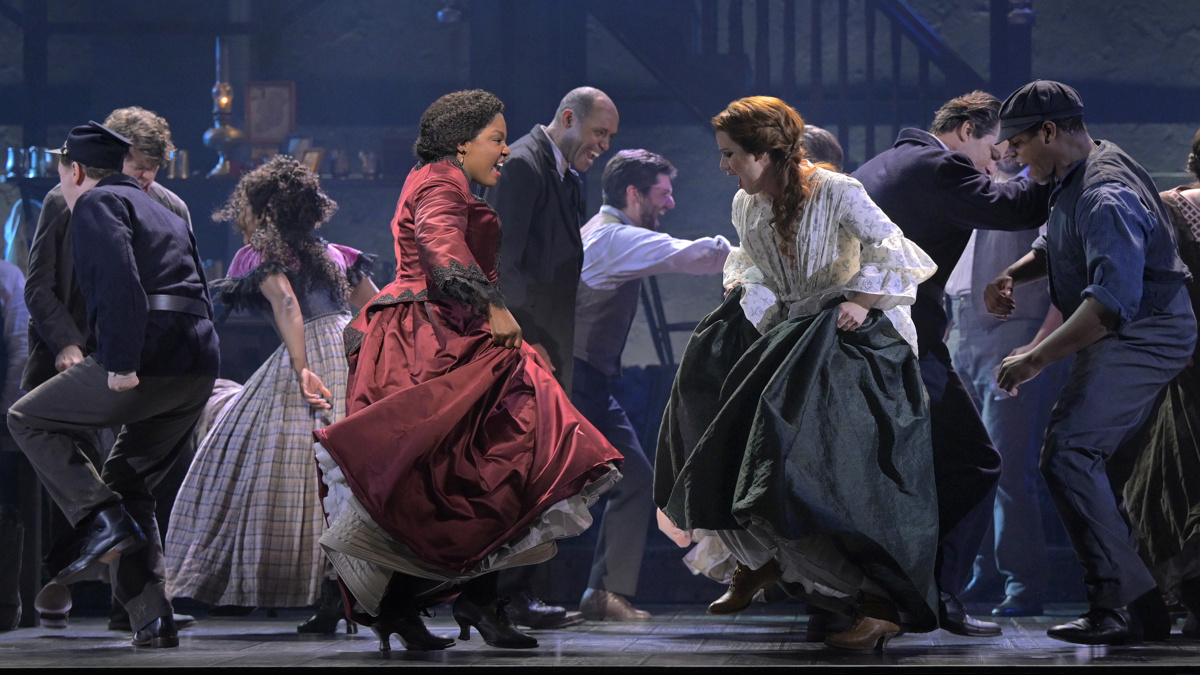 The new musical Paradise Square, directed by Moisés Kaufman, begins performances at the Barrymore Theatre on March 15 with opening night set for April 3. Bill T. Jones choreographs the show, which was conceived by Larry Kirwan.

Within this story of racial harmony undone by a country at war with itself, audiences will meet the denizens of a local saloon called Paradise Square. They include Nelly O’Brien (Kalukango), the indomitable Black woman who owns it; Annie Lewis (Kennedy), her Irish-Catholic sister-in-law and her Black minister husband, Rev. Samuel Jacob Lewis (Stampley); Willie O’Brien (Matt Bogart), Nelly’s Irish husband, who is off fighting for the Union army; Owen Duignan (Shively), a conflicted newly arrived Irish immigrant; Washington Henry (DuPont), a fearless freedom seeker; Frederic Tiggens (Dossett), an anti-abolitionist political boss, and Milton Moore (Fishel), a penniless songwriter trying to capture it all. They have conflicting notions of what it means to be an American while living through one of the most tumultuous eras in our country’s history.

Paradise Square features a book co-written by Christina Anderson, Craig Lucas and Larry Kirwan. The music is by Jason Howland and Kirwan with lyrics by Nathan Tysen and additional material by Masi Asare. Alex Sanchez provides the musical staging, in collaboration with Kaufman and Jones.

The world premiere of Paradise Square was produced in January 2019 by Berkeley Repertory Theatre. The musical is based on Hard Times, conceived by Kirwan, which was originally presented off-Broadway in 2012.