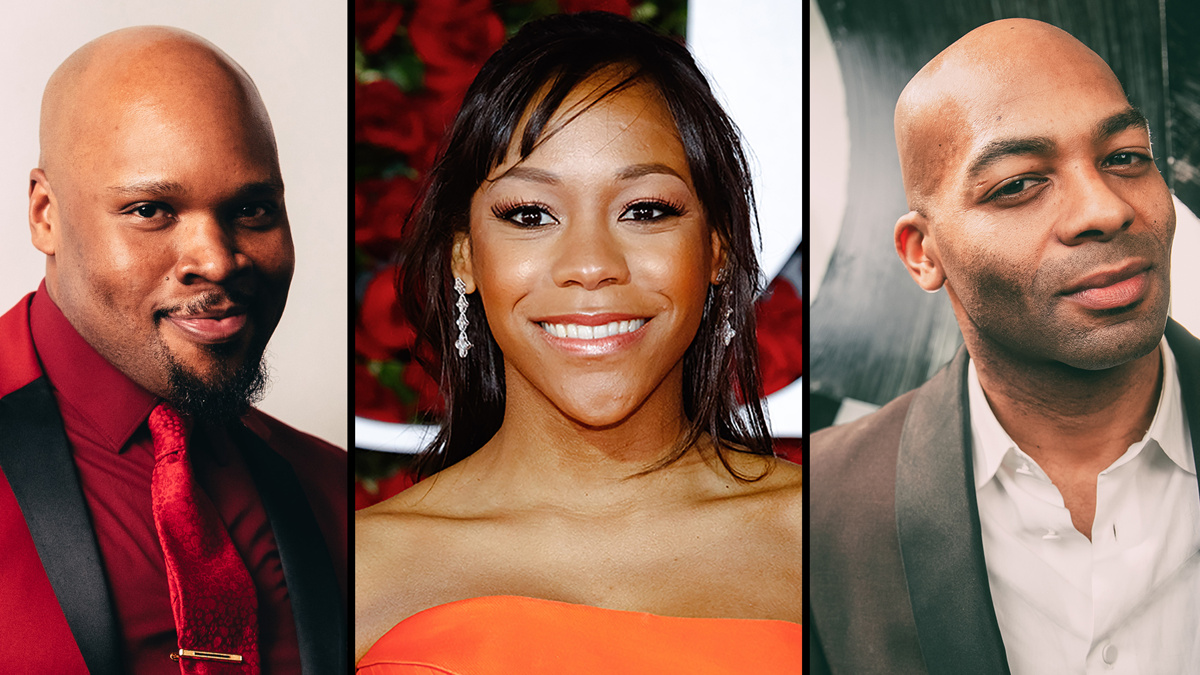 As previously announced, Aladdin star Micheal James Scott has joined the team of Broadway.com’s popular daily live news show #LiveatFive to host a weekly roundtable discussion with notable theater stars. This week’s episode will air on June 16 at 5PM ET and feature Tony-nominated performers Brandon Victor Dixon and Montego Glover and Tony winner Nikki M. James. Each #LiveatFive episode will be broadcast live on Broadway.com’s Facebook and YouTube account. The interview will also become available as a podcast on iTunes and Spotify.

Dixon was most recently seen on Broadway in his Tony-nominated turn as Eubie Blake in Shuffle Along, Or The Making of the Musical Sensation of 1921 and All That Followed. He also earned a nomination for appearing in the original Broadway production of The Color Purple. Dixon’s other Broadway credits include a starrig turn as Aaron Burr in Hamilton and being part of the Tony-winning producing team for Hedwig and the Angry Inch. He earned an Emmy nomination for his portrayal of Judas Iscariot in NBC’s live concert version of Jesus Christ Superstar.

Glover earned a Tony nomination for starring in Memphis and has previously been seen in Les Misérable, The Color Purple and It Shoulda Been You. She played Angelica Schuyler in the Chicago production of Hamilton and recently starred in this season’s All the Natalie Portmans off-Broadway, which earned her recognition at this years’ Outer Critics Circle Awards.

James received a Tony Award in 2011 for her featured turn as Nabulungi in The Book of Mormon. Her other Broadway credits include Les Misérables, All Shook Up and The Adventures of Tom Sawyer. James also was the assistant director for the Tony-winning revival of Once On This Island in 2018.

Scott has been Aladdin‘s Genie since the show premiered on Broadway in 2014. Originally acting as a standby, Scott went on to lead the Australian, national tour and Broadway productions. He has previously been seen on Broadway in Something Rotten, The Book of Mormon, Hair, Mamma Mia and more. He joins the Broadway.com team as a moderator for the #LiveatFive roundtable.