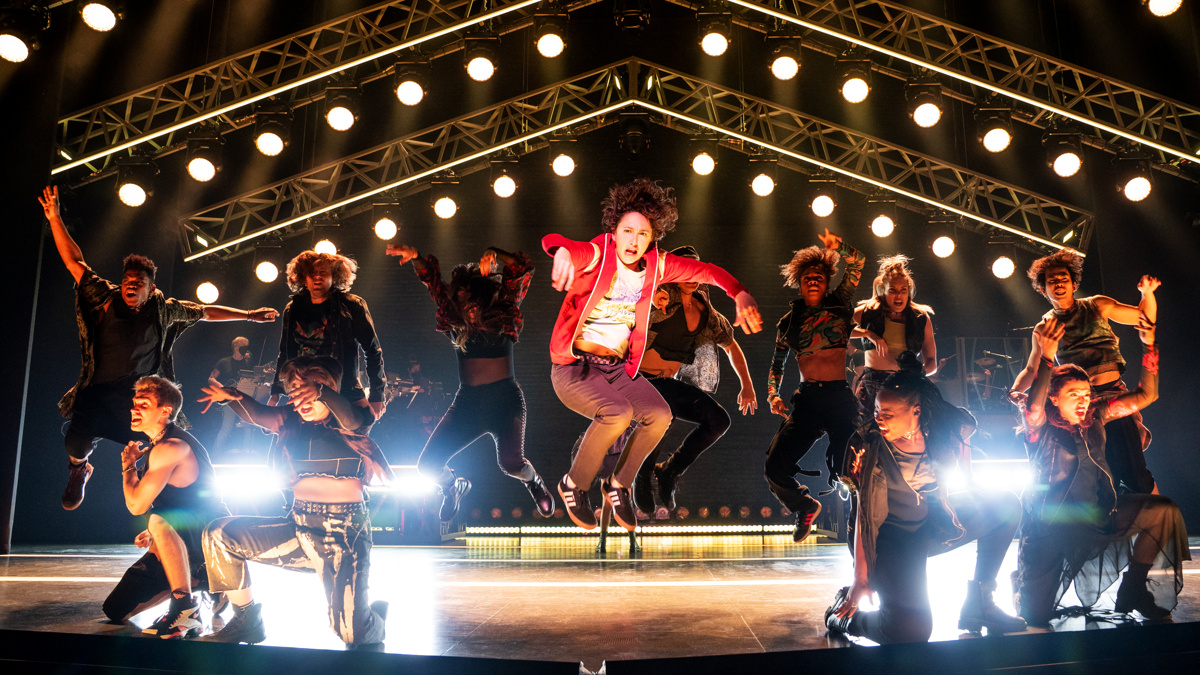 Jagged Little Pill: The Novel to Be Published Next Spring
You oughta know—the Tony-nominated musical Jagged Little Pill, which is playing at the Broadhurst Theatre, is being adapted as a young adult novel. Abrams Children’s Books announced the news on December 9. Coauthored by the show’s creators Alanis Morissette, Diablo Cody and Glen Ballard as well as YA author Eric Smith, Jagged Little Pill: The Novel draws on the musical’s story and is scheduled for publication on April 26, 2022. The book will follow the intertwining lives of five teens whose world is changed forever after the events at a party—it alternates between Frankie, Jo, Phoenix, Nick and Bella’s points of view, digging into the questions that drive the musical’s plot. “I am so excited about the novelization of Jagged Little Pill,” said the musical’s Tony-winning scribe Cody. “This show was written with young, energetic audiences in mind, and I hope this beautiful book helps connect even more teens to our musical.”

Noah Galvin & More Announced for 24 Hour Plays Gala
Even more talents have been announced for the 24 Hour Plays’ 21st annual gala on December 11. Artists from Broadway, TV and film will come together to create brand new plays and musicals written, rehearsed and performed in 24 hours. For the first time, the event will feature The 24 Hour Plays, The 24 Hour Musicals and The 24 Hour Plays: Viral Monologues in a taped-to-live format. Guests may purchase a VIP ticket to join in-person watch parties in New York and Los Angeles or purchase a ticket to watch the livestream. Additional artists scheduled to participate include Noah Galvin, Matthew Morrison and more.

Mike Birbiglia to Bring Latest Solo Show to Steppenwolf
Mike Birbiglia, who has earned acclaim for solo shows The New One, My Girlfriend’s Boyfriend and more, will bring his latest work, Mike Birbiglia: The Old Man and the Pool, to Steppenwolf’s Downstairs Theater in the spring. Following a previously announced run at Berkley Rep beginning on January 4, 2022, the production will play Chicago from April 28 through May 22. Directed by Birbiglia’s frequent collaborator Seth Barrish, this rumination on middle age explores life, death and visits to a highly chlorinated YMCA pool. Like all of his shows, The Old Man and the Pool blends absurd jokes and surprising stories for what amounts to one single story. Head here for more info.

Swept Away Extends Again Ahead of Berkeley Rep Run
Berkeley Rep has announced that the world premiere musical Swept Away has extended once again. Performances are scheduled to begin on January 9, 2022. The show was originally scheduled to close on February 13 and then on February 27. It will now run through March 6. Swept Away features music by The Avett Brothers and stars Tony winner John Gallagher Jr., Stark Sands, Adrian Blake Enscoe and Wayne Duvall. Directed by Tony winner Michael Mayer and featuring a book by Tony winner John Logan, Swept Away is set in 1888 when a violent storm sinks a whaling ship and the four surviving souls each face a reckoning. Watch Scott and Seth Avett perform the title track below.