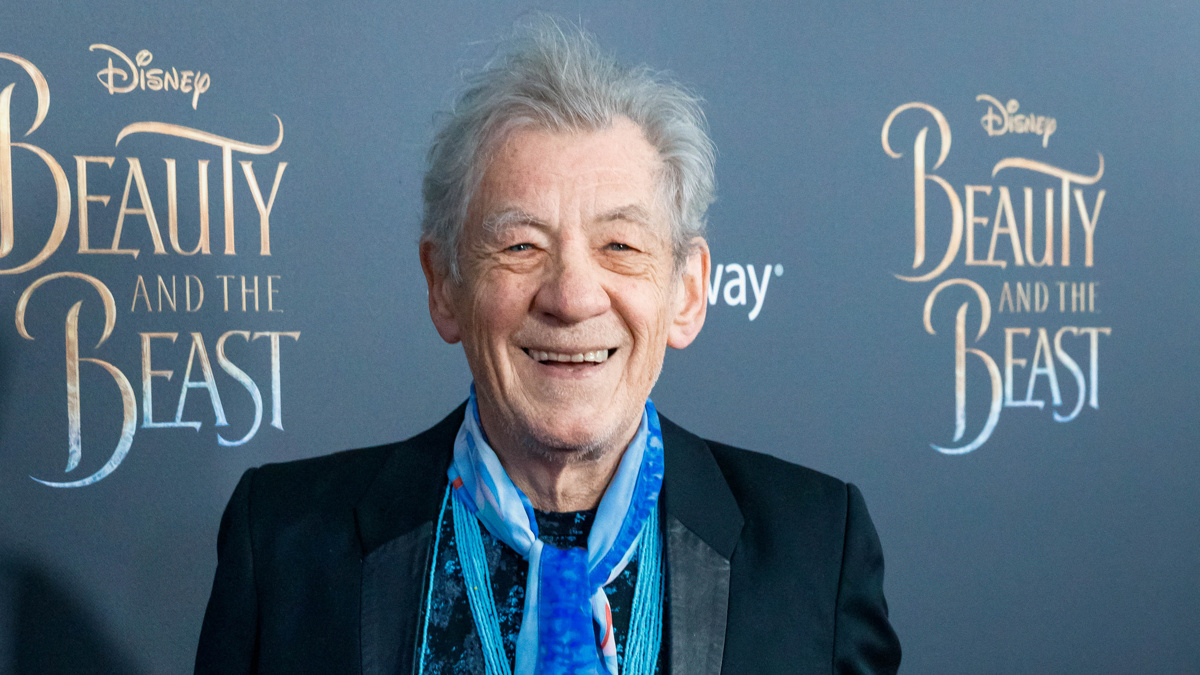 Actors’ Salaries Covered by Fund Created by Ian McKellen on Stage
Here’s another reason to adore stage and screen legend Ian McKellen. The actor along with Ambassador Theatre Group Productions and director Sean Mathias have partnered with the National Theatre and Amazon Prime Video to broadcast and distribute his solo show Ian McKellen on Stage in both the U.K. and Ireland. Profits from licensing the broadcast will combine with remaining profits from the West End run of the show and create a new fund to support emerging producers and artists. McKellen devised his solo show to celebrate his 80th birthday year, earning £3 million for over 80 U.K. theaters. Through proceeds of its extended run at London’s Harold Pinter Theatre, further fundraising and the broadcast distribution of the show, the total money raised for the theater industry is now over £5 million. Distributed via ATG Productions, multiple funding rounds will offer grants of up to £25,000 to pay actors’ wages for both new plays and revivals across U.K. theaters, as long as they employ six or more actors and include a recent graduate from a theater training school. Further information including eligibility and how to apply can be found here.

Phillipa Soo Lends Voice to Romantic Audiobook
Phillipa Soo, who has wowed audiences with her voice in Natasha, Pierre and the Great Comet of 1812, Hamilton and more, is recording her first audiobook. Entertainment Weekly reports that Soo will narrate Audible’s The Stand-In, a romance novel by Lily Chu. The story follows Chinese-Canadian woman Gracie, who is mistaken by paparazzi for a famous Chinese actress in town performing in a play. The actress then hires Gracie to be her double at public events, attending alongside her co-star and rumored real-life love interest. Everything goes smoothly until sparks fly between Gracie and the leading man. The audiobook arrives on Audible on July 15.

Tony Winner John Lloyd Young Announces Live Concert
Oh, what a night July 9 will be! John Lloyd Young, who received a 2006 Tony Award for playing Frankie Valli in the hit musical Jersey Boys, has been performing a series of livestreamed concerts throughout the pandemic. He will return to the Las Vegas venue The Space on July 9 to celebrate his July 4 birthday with a live audience at full capacity. The evening will reunite Young and musical director Tommy Faragher with their Las Vegas band as they perform a brand new set, which will include the songs of disco, classic ’70s and ’80s as well as funk and soul. John Lloyd Young: Solid Gold will also be livestreamed beginning at 10PM ET. An after-party will offer giveaways and special surprises. There will also be a few one-on-one conversations with fans and patrons, who can enter for a chance to be invited up onstage. Head here for tickets and more info.

Playwright Donja R. Love Receives Terrence McNally Award
Philadelphia Theatre Company has named Donja R. Love the first winner of the newly revived Terrence McNally Award. This year’s honor was open to writers born, raised or currently living in Philadelphia. Love will receive a $5,000 cash award, developmental guidance and dramaturgical support for his new play, What Will Happen to All That Beauty? Love’s plays include soft, one in two, Fireflies, Sugar in Our Wounds and The Trade. He is also the recipient of the Antonyo’s inaugural Langston Hughes Award, the Helen Merrill Award, the Laurents/Hatcher Award and the Princess Grace Playwriting Award.

Center Theatre Group’s Michael Ritchie Announces Early Retirement
Center Theatre Group’s longtime Artistic Director Michael Ritchie is retiring from his post over a year before his contract expires, according to The Los Angeles Times. Ritchie’s planned final day is December 31 of this year, which will mark the end of his 17-year reign of Los Angeles’ largest nonprofit theater company. In an interview he said, “It’s time for me to stop, and it’s time to make space for other people.” By the time of his retirement, Ritchie will have presented 266 productions, including 49 world premieres like The Drowsy Chaperone, Bloody, Bloody Andrew Jackson, Marjorie Prime and more. A successor will be announced at a later date.

Tony Winner Dan Fogler Joins Godfather Series
Dan Fogler, who received a 2005 Tony Award for his performance in The 25th Annual Putnam County Spelling Bee, has been cast in a forthcoming series from Paramount+. Variety reports that The Offering, which tells the story of the making of The Godfather film, will also star Miles Teller, Giovanni Ribisi, Colin Hanks and Matthew Goode. The series is based on the experience of Oscar-winning producer Albert S. Ruddy (Teller), about the behind-the-scenes events of the original 1972 movie. Fogler will play Francis Ford Coppola, the legendary director who helmed the film and co-wrote the screenplay with Mario Puzo. Fogler’s additional screen credits include The Walking Dead, The Goldbergs, the Fantastic Beasts franchise, Fanboys, Balls of Fury and more. A production timeline for The Offering will be announced later.