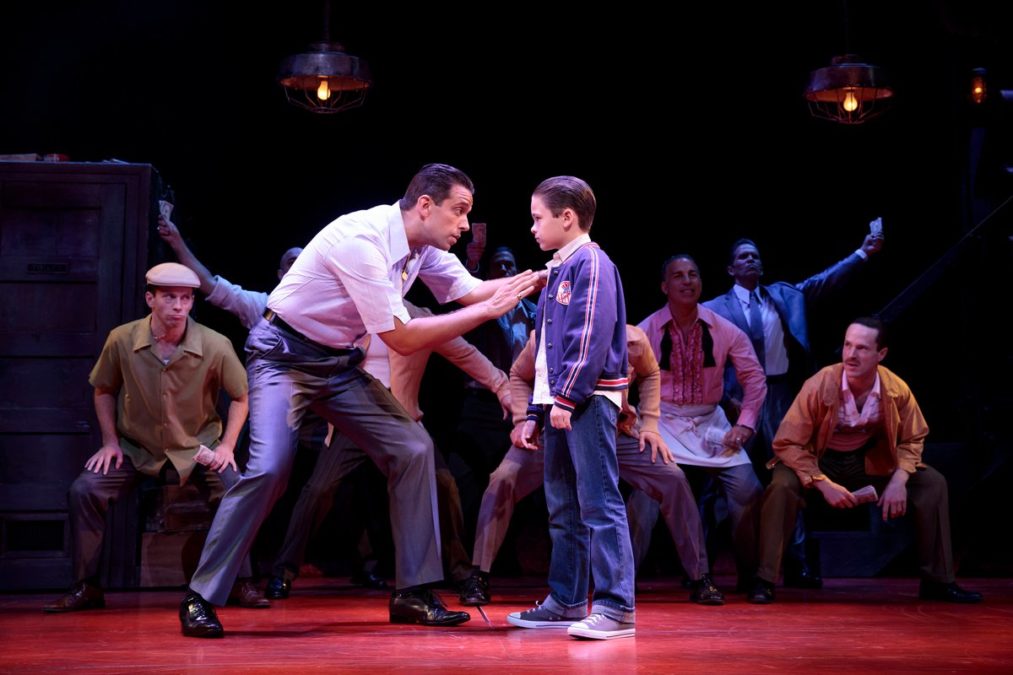 A Bronx Tale Will Launch a National Tour in 2018

The hit new Broadway musical A Bronx Tale will launch a North American tour during the 2018-2019 season, including engagements at Los Angeles’ Hollywood Pantages Theatre, Fort Lauderdale’s Broward Center and additional cities to be announced in the coming weeks. Casting for the touring production will be announced at a later date.

Based on the one-man show that inspired the now classic film, this streetwise musical will take you to the stoops of the Bronx in the 1960s—where a young man is caught between the father he loves and the mob boss he’d love to be. Featuring an original doo-wop score, this is a tale about respect, loyalty, love, and above all else: family.