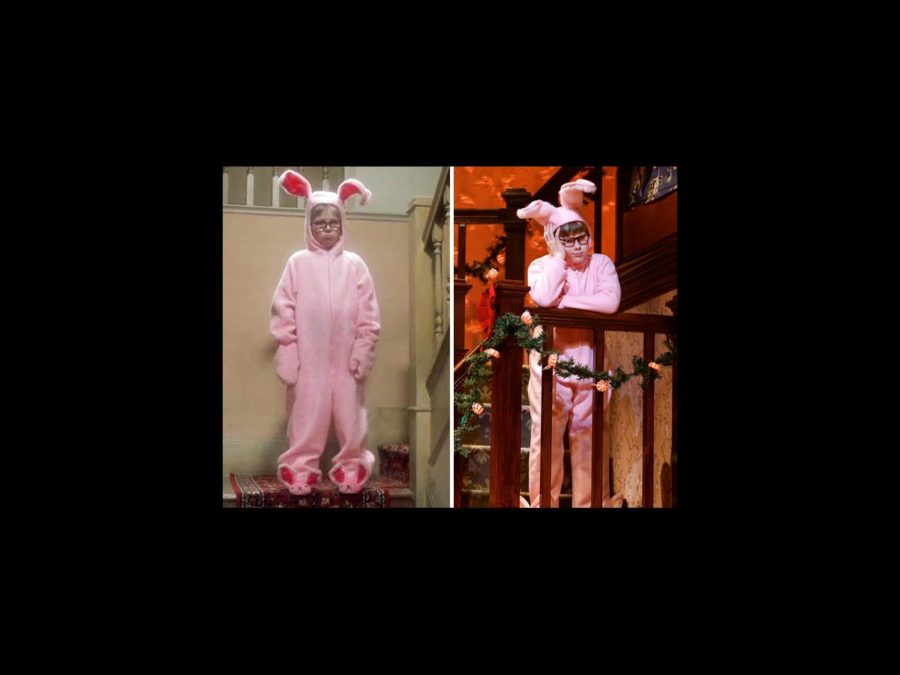 Ralphie to the Rescue! Find Out How A Christmas Story Went from a Jolly Holiday Film Classic to a Big Broadway Musical

Few films are as beloved and fondly remembered as A Christmas Story, the 1983 holiday movie that brought pink bunny suits and leg-shaped lamps into the pop culture lexicon. Now, a musical adaptation of the film is stopping in Boston before making its return to New York after a Tony-nominated debut last year. Before the snow falls and the curtain rises, learn the history of how this cherished Christmas story made its way to the stage.

Voice of a Legend
The anecdotes at the heart of A Christmas Story belonged to Jean Shepherd, a radio broadcaster from Hammond, Indiana. Shepherd found success with a radio show on New York City’s WOR, filled with improvised monologues about his observations of ordinary life in America. Between the mid-1950s and 1977, Shepherd built a cult following with his scriptless broadcasts, occasionally dabbling in novelty songs, live concerts and special readings of his acclaimed short stories.

“Shep” (as his fans called him) would later go on record as saying that he felt more like a writer than a radio personality. Many of his short stories about his youth in Indiana found their way into publication, usually in Playboy magazine and later in various books and television segments (his short-lived TV shows included Jean Shepherd’s America and Shepherd’s Pie). Midwestern life became Shepherd’s signature area of expertise.

Four of the 15 autobiographical stories in Shepherd’s 1966 book In God We Trust, All Others Pay Cash formed the basis of a narrative that would become A Christmas Story. Pieces like “Duel in the Snow, or Red Ryder Nails the Cleveland Street Kid” and “My Old Man and the Lascivious Special Award That Heralded the Birth of Pop Art” told a story of a mischievous adolescent boy with a penchant for the holidays… especially Christmas.

Ralphie at the Movies
Director Bob Clark (Porky’s) developed an interest in making a film after hearing Shepherd reading a selection from In God We Trust on the radio in 1973. Clark worked with Shepherd for nearly a decade on the concept of the film, eventually co-writing the screenplay with him and his wife, Leigh Brown. Though Shepherd insisted the film was not a memoir, the resulting script—which followed nine-year-old Ralphie Parker as he counts down to Christmas in the late 1930s—bore more than a fleeting resemblance to Shepherd’s childhood.

The film was shot in Toronto and Cleveland, where real-life department store Higbee’s served as the location for the film’s famous Santa scene. Veteran actor Darren McGavin and two-time Oscar nominee Melinda Dillon came on board as the Old Man and Mother. (Jack Nicholson was at one point interested in playing McGavin’s role, but his participation would have doubled the film’s budget.) Shepherd agreed to star in the film as the Narrator—off-camera, save for a short cameo—with young Peter Billingsley leading the cast as Ralphie Parker.

“People think it was a big hit, but it wasn’t that big of a hit as a film,” Billingsley told Broadway.com. The movie was released on November 18, 1983—the week before Thanksgiving—and was met with generally negative reviews. By the time Christmas actually arrived, the film had stopped playing in most theaters, but continued to run through the first week of 1984. “Back then, movies would come and then be gone,” says Billingsley. “But, just as cable and video were starting, this movie suddenly started returning every year.”

"You'll Shoot Your Eye Out!"
Over time, critical reaction to the film warmed up significantly, and almost 30 years later, A Christmas Story has earned a reputation as one of the most beloved holiday movies ever made. In the late ‘80s, the film began to run on television on Thanksgiving; by 1997, it was such a hit that TNT decided to run a 24-hour marathon of it beginning on Christmas Eve. (TBS now airs the annual marathon.)

Many of the film’s best loved visual gags are remembered as individual classic moments: the Old Man's prized leg-shaped lamp, Ralphie’s pink bunny suit, the Red Ryder BB gun and the infamous tongue-on-a-flagpole scene have all managed to permeate American pop culture. The Parker family’s fictional house has been preserved as a museum, after collector Brian Jones bought it on eBay for $150,000. Believe it or not, devoted fans have even thrown conventions to exchange memorabilia and celebrate the movie’s major anniversaries.

Three sequels have also been released: 1988’s Ollie Hopnoodle’s Haven of Bliss, which starred Jerry O’Connell as Ralphie; 1994’s My Summer Story, which found the Parkers on summer vacation; and the recent straight-to-DVD release A Christmas Story 2, which charts a teenage Ralphie’s quest to get a car.

Broadway Unwraps a Present
So how did A Christmas Story make its way from the screen to the stage? In 2000, a play adaptation by Philip Grecian was authorized for licensed productions across the country. Musical versions of the show were in development since 2006, but the first successful reading came in New York in 2008. (Beau Bridges starred as Jean Shepherd, with Gregg Edelman, now in The Mystery of Edwin Drood, as the Old Man.)

In Thanksgiving 2009, an early draft of the musical with a book by playwright Joseph Robinette made its world premiere at Kansas City Repertory Theatre to critical acclaim. Producers brought on young songwriters Benj Pasek and Justin Paul to write a new score for the show before its commercial tryout at Seattle’s 5th Avenue Theatre the following year. In the winter of 2010, the show became the second biggest seller in 5th Avenue’s history; in 2011, it launched a five-city national tour, directed by Tony winner John Rando and choreographed by Warren Carlyle.

“It’s a timeless family story, and you can envision it as a big, full-blown musical,” says Billingsley, who signed on as a producer. When A Christmas Story opened at Broadway's Lunt-Fontanne Theatre on November 19, 2012, critcs and audiences agreed. The show was a hit and earned three Tony nominations, including one for Best Musical. Now in its second year, A Christmas Story is headed to Boston with original Broadway stars John Bolton (Old Man), Erin Dilly (Mother) and Dan Lauria (Jean Shepherd) before returning to New York for a holiday run at Madison Square Garden.

A Christmas Story, The Musical will play the Citi Wang Theatre from November 20 through December 8.