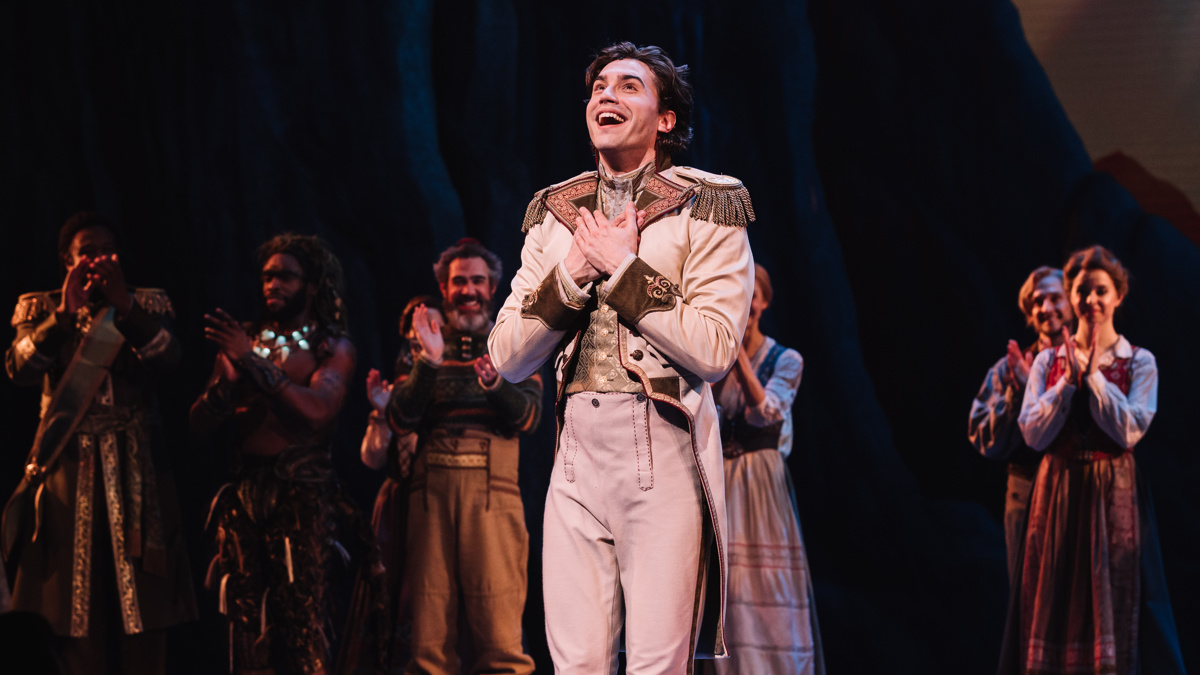 It’s time to go back to Arendelle! Ryan McCartan, who was last seen on Broadway as Hans in Frozen prior to its closure, will play the role in the national touring production for a limited time once again. He will join the company from July 12 through September 4, replacing current star Austin Colby who will play his final performance on July 10. McCartan previously joined the touring company for a limited on-month run in March.

McCartan made his Broadway debut as Fiyero in Wicked. He is known for originating the roles of JD in Heathers: The Musical and Mac in Scotland, PA off-Broadway. His screen credits include Rocky Horror Picture Show: Let’s Do The Timewarp Again and Liv and Maddie.

Directed by Michael Grandage and choreographed by Rob Ashford, Frozen features a book by the film’s screenwriter and co-director Jennifer Lee and a score by the film’s Oscar-winning composers Kristen Anderson-Lopez and Robert Lopez.