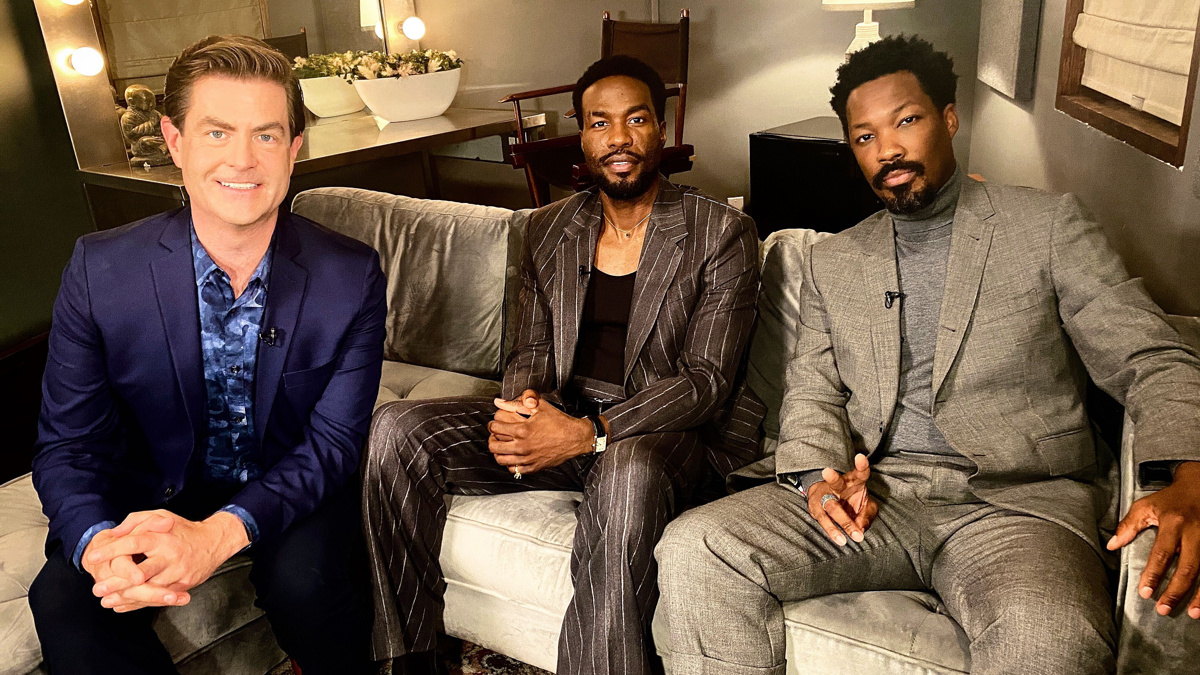 The play’s the thing! This fall, there are five Pulitzer Prize-winning works coming to the boards, including Between Riverside and Crazy, Cost of Living, Death of a Salesman, The Piano Lesson and the eagerly anticipated revival of Suzan-Lori Parks’ Topdog/Underdog. The two-hander introduces audiences to acutely named brothers Lincoln and Booth. On The Broadway Show with Tamsen Fadal, Broadway.com Editor-in-Chief Paul Wontorek sat down with big screen heavy-hitters Yahya Abdul-Mateen II and Corey Hawkins to talk about bringing this important piece to the stage.

You’ve likely seen Abdul-Mateen II and Hawkins onscreen. The former is already an Emmy winner for Watchmen and has also starred in The Trial of the Chicago 7, Candyman, Black Mirror, The Matrix Resurrections and more. Six-time Grammy nominee Mos Def played the role of Booth, which he will take on this go-round, in the original Broadway production. “It’s revealed very early on that our father named us Lincoln and Booth. It was his idea of a joke, and that just really sets up everything else that goes on in their lives—the humor, the turmoil between the two of them and then they grow up and they’re trying to survive and they’re trying to find love,” Abdul-Mateen II said. “I found this play, and I said, ‘Oh my god, they talk like I talk. I know these people.’ I found so much freedom in that. To be doing this on Broadway—it’s literally a dream.”

Topdog/Underdog marks Tony nominee Hawkins’ Broadway return since the 2017 revival of Six Degrees of Separation</i>; since then, he’s appeared in theater fan-favorite films like In the Heights and The Tragedy of Macbeth. Now, he’s playing Lincoln, the role that earned Jeffrey Wright a 2002 Tony nomination. “It’s a slight of hand, it really is,” Hawkins says of the play, which heavily features the game three-card monte. “It’s such an interesting experience. You start in one place, but you end in a completely different sort of the span of human emotion, man. I know it’s going to be different every night. I know that it’s going to deepen every night. I trust that. I feel that.”

Watch the full interview below. Head here to check your local listings for The Broadway Show. Hosted by Emmy-winning anchor Tamsen Fadal, it is the only nationally syndicated weekly theater news program.