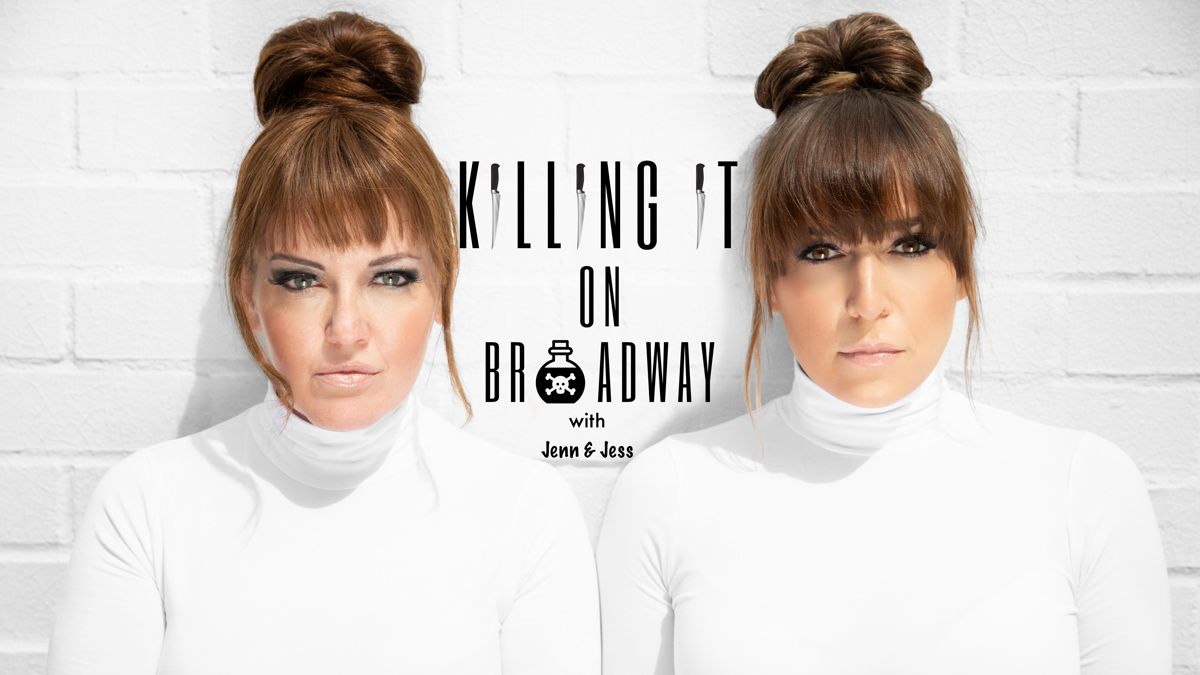 True crime podcasts are all the rage, and now stage faves Jennifer Simard and Jessica Vosk are getting in the game with Killing It On Broadway, a new series featuring stars discussing infamous cases linked to their home states. The weekly podcast will launch on Friday, October 30, with first guest Kristin Chenoweth revealing a personal connection to the Oklahoma Girl Scout murders.

Simard was playing Sarah in the eagerly anticipated revival of Company when Broadway shut down in March. She received a Tony Award nomination in 2016 for playing a gambling-addicted nun in Disaster! and has also been seen on Broadway in The 25th Annual Putnam County Spelling Bee, Shrek the Musical, Sister Act, Hello, Dolly! and Mean Girls. Her off-Broadway credits include Drama Desk-nominated turns in the musicals I Love You, You’re Perfect, Now Change and The Thing About Men.

Vosk was playing Elphaba in the Broadway smash Wicked when the musical celebrated its 15th anniversary in 2018. She made her Broadway debut as an understudy in The Bridges of Madison County and also appeared in Finding Neverland and Fiddler on the Roof. Last season, she was a special guest at Chenoweth’s Broadway concert run, For the Girls and headlined the acclaimed concert staging of Joseph and the Amazing Technicolor Dreamcoat at Lincoln Center.

After its special launch on Mischief Night, new episodes of Killing It On Broadway will arrive every Monday. Look for it wherever you download podcasts. In addition, find bonus content on the show’s Patreon page.