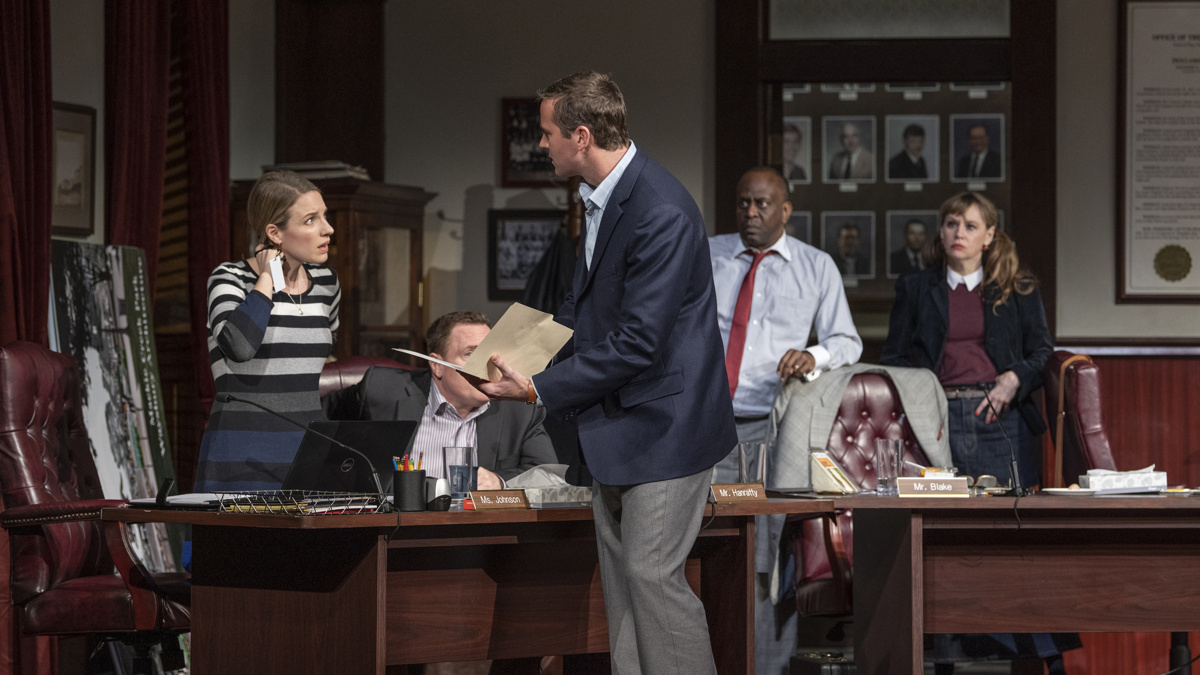 As a result of the shutdown caused by the ongoing COVID-19 crisis, Tracy Letts‘ Pulitzer-finalist drama The Minutes will now return to Broadway in 2022. It had previously announced the show would resume preview performances on March 1, 2021. The Minutes, which began its run at the Cort Theatre on February 25 and was scheduled to open on March 15, 2021. It will now resume on March 15, 2022, exactly two years after the originally planned opening night date. The production’s set will be loaded out of the Cort Theatre on November 16 to make way for the theater’s previously planned renovation and the construction at the adjacent property. No word on where the production will play.

Directed by Tony winner Anna D. Shapiro, The Minutes takes a hard look at the innerworkings of a city council meeting and the hypocrisy, greed and ambition that bubble to the surface when a newcomer to the small town of Big Cherry starts to ask the wrong questions.

Broadway.com customers with tickets to canceled performances will be contacted with information on refunds or exchanges.