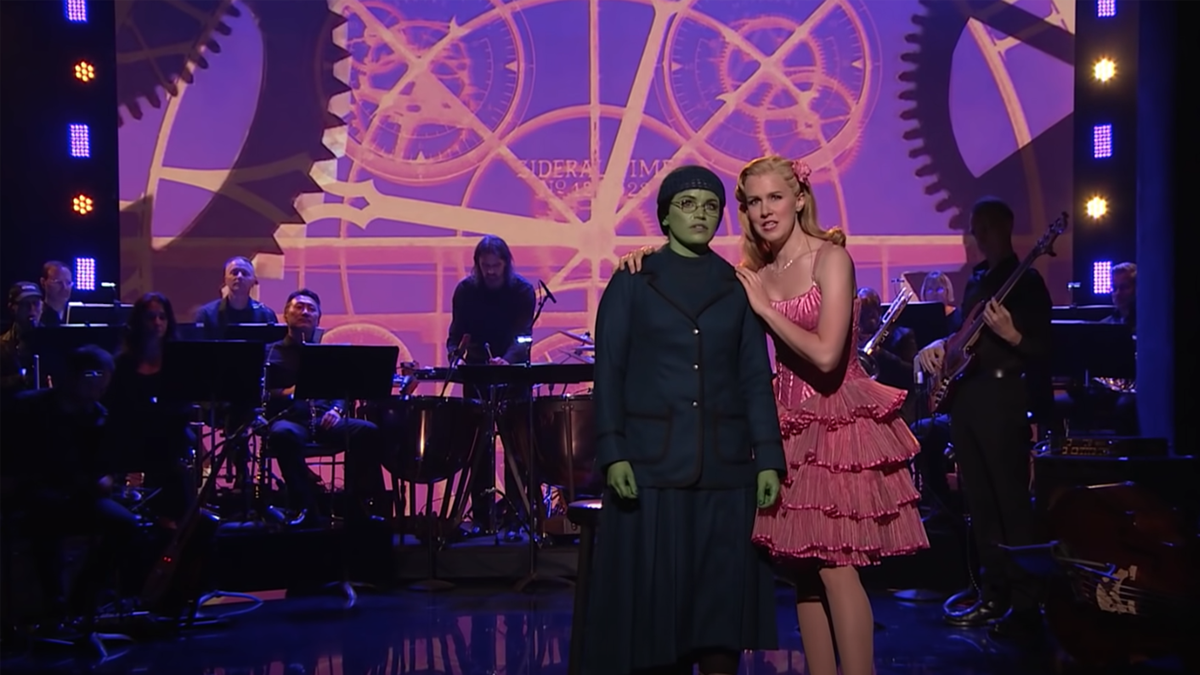 In the week Broadway rejoicified with the return of Wicked to the Gershwin Theatre, stars Lindsay Pearce and Ginna Claire Mason sang two songs from the hit musical on The Tonight Show Starring Jimmy Fallon on September 17. Watch Mason’s Glinda offer lessons in how to flirt and flounce with “Popular” while Pearce commands the stage as Elphaba with “The Wizard and I.” The two stars are joined in the show by Sam Gravitte as Fiyero, Michael McCormick as The Wizard, Riley Costello as Boq, Mili Diaz as Nessarose, Michael X. Martin as Doctor Dillamond and Kathy Fitzgerald, who plays Madame Morrible through September 26. After that Alexandra Billings, who played the role at the time of the Broadway shutdown, returns. Watch the video below and you’ll be so happy, you could melt!